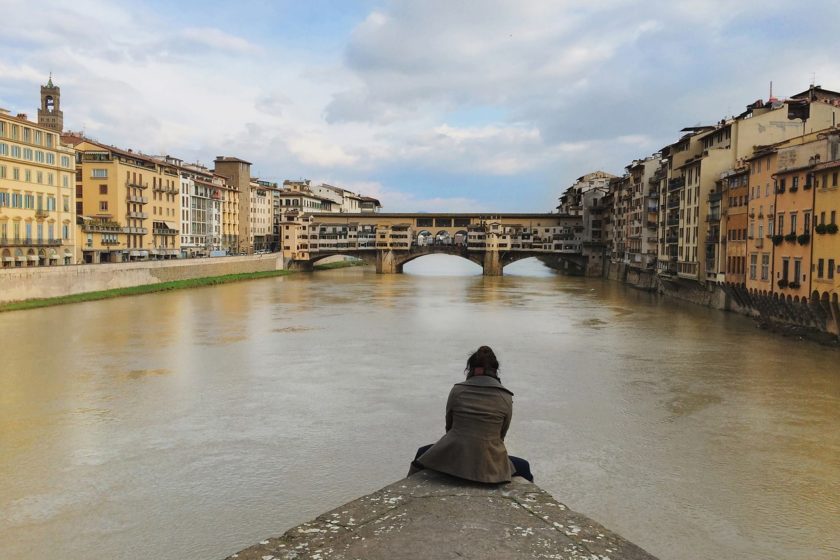 Why solo traveling can be tough

If you’re like me and have done a lot of solo traveling, you know all about the pros and cons. Although the pros eventually outweigh the cons, there’s still a lot to consider when you’re going to travel all by yourself. Here are some of the reasons why solo traveling can be tough:

This is the first and obvious reason why it can be both frightening and tough. It’s one thing to be alone in your home country, it’s another in a completely strange one. It takes a while to get used to it as well, but once you do, you’ll realise that you’re not the only one traveling alone and that itself is a comforting thought. When you’re traveling, you’re bound to meet other travellers who are either by themselves or with friends. Being alone isn’t the worst thing in the world either. Once you get used to it, you’ll end up loving all the time you have by yourself.

However, prepare for those situations when you get ill or something goes wrong such as missed flights, etc. Those are the moments when you’re going to think feels extra tough because you’re all alone. Don’t be too frightened though! I’ve experienced these situations many times and I made through it all by myself, sometimes with the help of kind strangers as well who offered me aspirin (thank you!).

Although you’re bound to miss your closest ones even if you’re traveling with people, you especially miss them when you’re traveling by yourself. It’s always a bit different when you’re spending time with people from home versus the people you meet abroad. When the feeling hits you, remember that they’re only a phone call away.

Depending on where you’re traveling, it can be a bit unsafe to walk around all alone, especially at night. You might feel more exposed when you’re solo traveling. Just remember to always be extra cautious, especially if you’re a woman, and try to stick to the touristic parts of the city for example, where there’s people around. The first time I traveled alone, I noticed a difference in how people looked at me, which made me feel uneasy. After a while, I got used to it, but there are still places in the world I’d never travel to as a female solo traveler, just because of the reputation the country have.

One of the best things about traveling solo is that you can plan everything according to your plans! But sometimes it gets too confusing as well and you have no idea what to do. It’s those moments when you wish that you were traveling with someone else who could make that decision for you. But in the end, you know it’s worth it because the decision is all yours.

Solo traveling might be tough at times, but it’s also one of the most rewarding things. Not only will you learn so much about yourself, you’re also more open minded towards meeting new people and you have the freedom to do exactly what you want. It’s worth all the small troubles on the way.

This post was made possible by our sponsors at oiltowndrywall.com 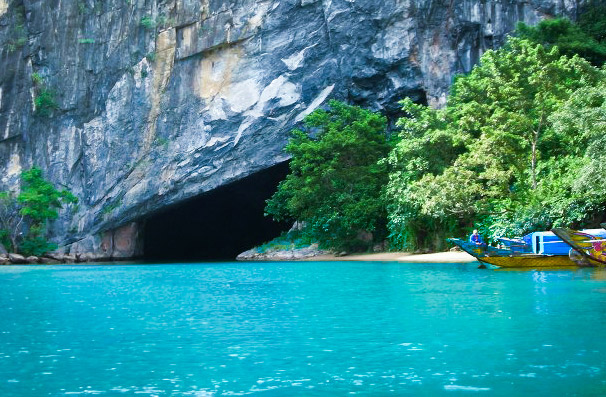 Heading to Vietnam anytime soon? Make sure you make a pit stop in Phong Nha, the latest destination in Vietnam that’s destined to become a popular backpacker place. As you enter the small, quaint town, you’ll already notice how there’s established western restaurants and hostels. Even so, it still remains its small town charm and feels authentic.

There’s just something about Phong Nha which makes everyone come here. If you’re tired of the big cities or you’re just looking for a place where you can relax, enjoy nature and still be able to do plenty of actives, this is where you need to go. Rent a scooter for a day or two, ride around the National Park, explore the incredible underground caves, go zip lining, swimming and much more! You can also just cruise around the park and look at the women working in the rice fields, watch the sunset and then head back for a cold brew in one of the restaurants. What makes Phong Nha so great is that you don’t need to do a big effort in order to fully enjoy it. There’s beauty everywhere here. It’s also easy to find accommodation, with plenty of hostels, hotels and homestays in the area, and you can enjoy a good local meal here or western food. The choice is yours! Whether you like vegetarian food or not, you should check out “Veggie Box” which is situated in the center and serves some incredible, healthy and fresh food. You can come here for breakfast and try one of their smoothie bowls or why not grab some sushi for lunch? Either way, it’s a must when you’re in Phong Nha.

As night falls, there’s a few bars in the area that you can go to. One of the most popular hostels and bars in Phong Nha is the “Easy Tiger Hostel”, where you’ll find plenty of backpackers lounging around, eating and drinking. There’s also the newly built hostel “Central Backpackers” which is planning on opening their pool this year. The weather can get quite hot so a pool is just a welcoming touch to a hostel.

So, don’t miss out on this lovely place in Vietnam and come see it for yourself. You’re guaranteed to have a good time here.

This post was made possible by our good friends at Microblading Seattle. 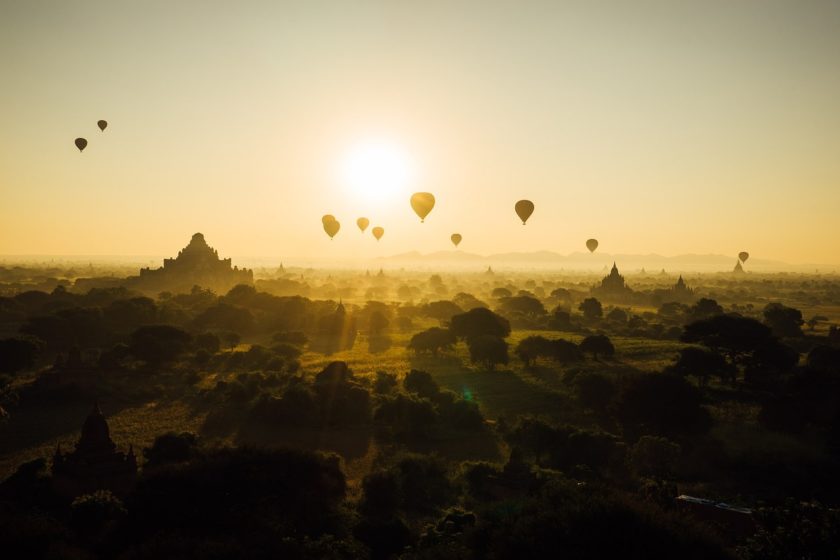 Bagan – neither a success nor a failure

Bagan is one of the world’s most famous places thanks to its many pagodas and temples. There’s simply no such thing as visiting Myanmar without going to Bagan. I had read the many articles about how incredible it was and how there’s no such thing as Bagan in the world – which I can agree on. But it simply didn’t wow me. And I’m going to tell you why.

I had the pleasure of traveling to Bagan in February 2019 and my expectations were high. Every person I met raves about it and I knew that I was going to see something very unique. When I arrived, I knew I had to do two things: see the sunrise and the sunset. It’s then when all the magic happens, when you really get to see the beauty of the place. Granted, it’s a wonderful place during daytime as well, when you can see all the details of the temples and pagodas. But I came for the sunrise and sunset.

What I didn’t know was that in order to be able to fully appreciate it, you have to climb on top of a temple and get the panoramic view you’ve often seen on photos. I just didn’t realize that the government had started to shut off all the entrances to the temples so that you can’t climb up, therefore ruining your chances of getting that postcard view that you came there to see. This really bummed me out and I thought it must be some sort of mistake. It wasn’t.

However much I enjoyed cruising around on an electric bike and watching all the natural wonders unfold, it was extremely disappointing that you couldn’t climb up to take in the views. All of a sudden it felt like one of the main purposes of going to Bagan was… lost. Although the beauty of the place can’t be denied, I knew that I would be getting an entirely different experience than that of the people who came here before me.

Bagan was neither a success nor a failure. It still gave me a chance to marvel at the old temples, get to know the history of Myanmar and learn more about the locals lives. During my days there, I met some of the friendliest locals in the world who made my stay in Bagan much better.

But it’s hard for me to say if I’d recommend Bagan or not. I think if you do get the chance to one day climb on top of a temple and see Bagan in its full splendor – yes, then I highly recommend it. There’s no doubt about it. But do I recommend it now when the government made all of these changes? It’s hard for me to do so. If you’re going, come with low expectations, then you’ll be sure to have a good experience. But if you’re like me and have very high expectations, you’re bound to be disappointed.

This post was sponsored by our good friends at NYC microblading. If you need to get your eyebrows done give them a call.